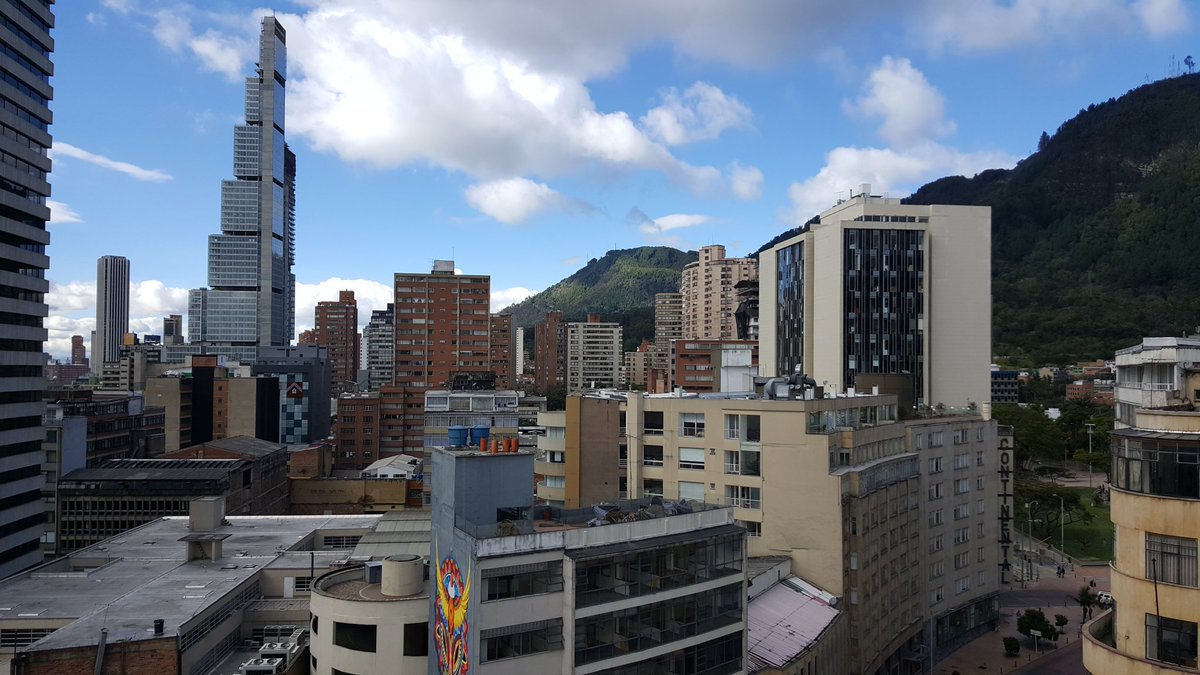 In June I wrote a couple posts on the problems facing Venezuela stemming from failed socialist policies. I also wrote about the reopening of the border with Colombia and the flood of Venezuelans who crossed into Colombia desperately seeking basic necessities like food and toilet paper. Colombian stores were well stocked and order was maintained despite the huge influx of new shoppers. I spent the last few weeks traveling in Colombia and I found it to be a beautiful country with a lot of development and what appears to be a vibrant economy. In the next few posts, I want to look at why things in Colombia are in better shape than neighboring Venezuela.

&nbspWhen most Americans think of Colombia they think of drug kingpins like Pablo Escobar or the FARC a leftist guerrilla group. However, Colombia has undergone a significant transformation in recent years. FARC is no longer a major threat and a peace agreement that could be characterized as a surrender by FARC is underway. Medellin a city that was once the murder capital of the world has been revitalized and has a modern, safe metro system that has helped improve conditions for those living in some of the worst parts of the city. Unemployment has been falling. Well negotiated free-trade agreements with the United States, has helped Colombia perform better than any other Latin American country in the recent emerging market weakness despite oil being Colombia's largest export. Colombia is also taking steps to modernize its infrastructure without expanding beyond their means.

&nbspColombia is undergoing a much-needed infrastructure overhaul. Colombia is planning to spend $70 billion over the next several years on projects that focus on increasing international and domestic connectivity including roads, airports, ports, railways, making rivers navigable and housing.

Colombia's geography makes infrastructure development challenging. I spent 2 full days of my two weeks in Colombia on a bus. The small windy roads travel up and down huge mountains and through small towns. While this made for some breathtaking views and beautiful scenery, it is not the most efficient way to transport goods and people between the cities. Frequently large trucks will get stuck on the narrow winding roads creating huge traffic jams, this leads to estimated travel times between cities than can range between 6 and 12 hours depending on weather and luck. Colombia's President Juan Manuel Santos stated that, “To carry a container from Bogota to a port in Cartagena costs more than that container going to Hong Kong”. While I was riding the bus up and down some of these mountain passes I could see huge bridges and tunnels being built that appeared to be creating a straight line through the mountains. It was quite a feat of engineering, but the return on investment for those highways is likely to be very high.

As an investor, huge infrastructure spending projects in foreign countries can lead to unease over the potential for default. Colombia has attracted foreign investment, mostly from the United States by adopting a constitutional rule for structural balance. This rule has helped Colombia reduce its previous fiscal deficit, but also has provisions for counter-cyclical spending during an economic downturn. Despite these large infrastructure projects, Colombia has been cutting spending to account for the drop in oil and coal prices. Colombia's finance minister Mauricio Cardenas estimates that government oil revenue will drop from $2.9 billion in 2015 to $218 million in 2016. The Colombian government is still estimating a 3% GDP growth in 2016 compared to a contraction in most neighboring countries. Unfortunately these measures may still not be enough to avoid a downgrade of their sovereign debt which could make some of their ambitions more difficult. Inflation expectations have been above the central banks target and they have been raising rates accordingly.

Next week, we will look at some of the other aspects of Colombia's infrastructure overhaul and their recent victories over FARC.