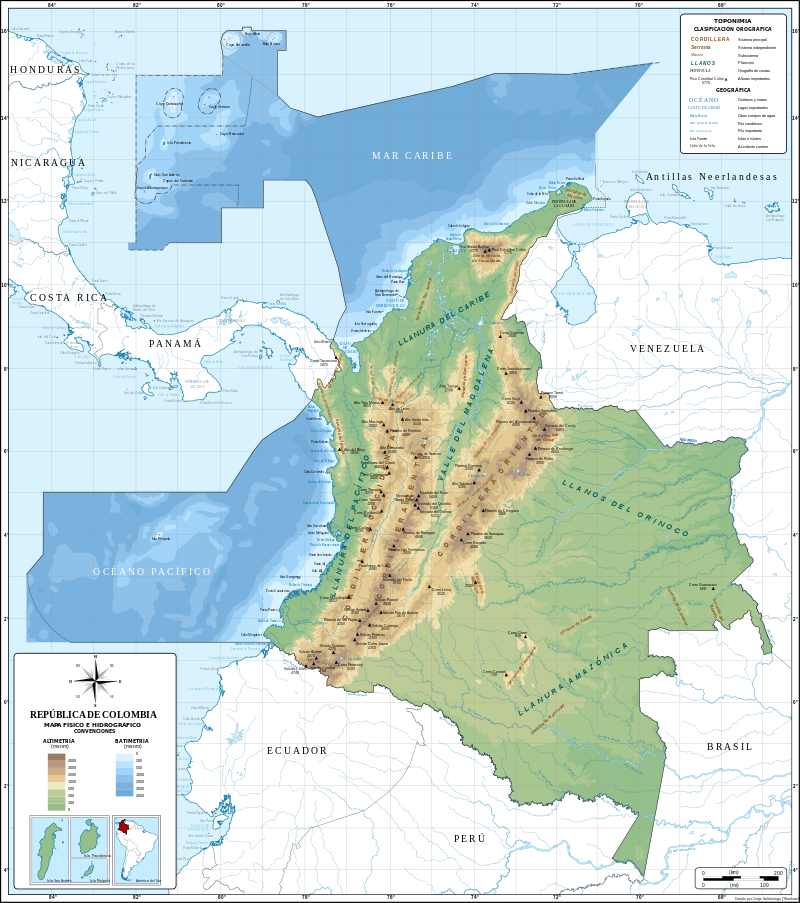 Infrastructure
Last week we discussed Colombia's plans to overhaul their existing roads and replace them with a modern highway system. The current government is focused on infrastructure projects that will offer the largest economic return. As a result, the highway will connect 18 metro areas that account for over 80% of the country's GDP, these areas will also be connected to ports and border areas. Overall spending on transportation infrastructure alone is expected to be about 1.3% of annual GDP (although this will depend largely on the price of oil). Due to the scale of this investment and the perceived riskiness of infrastructure projects in developing nations, Colombia has used a creative approach to financing infrastructure investment.

In order to encourage private investment in infrastructure projects, Colombia created La Financiera de Desarrollo Nacional (FDN). Typically domestic banks would be the primary investors in infrastructure projects, but given the size of the plan it would lead to concentration risk in bank portfolios and it would violate rules that have come about since 2008. Typically pension funds avoid investing in infrastructure because of a lack of transparency and because they lack the resources to analyze and monitor construction projects. As a result, the Colombian government has partnered with the World Bank and the Development Bank of Latin America to create FDN.

FDN was created to make it make it easier for banks and pension funds to invest in infrastructure projects. Currently the Colombian government owns 65% of FDN along with the World Bank and the Development Bank of Latin America. Although FDN was created from the shell of a former state owned enterprise it was made into a private organization and the board was expanded reducing the government's voice to a passive one. FDN will make long term loans to infrastructure projects that would otherwise go unfunded. FDN will also be involved in advisory service and the day-to-day due diligence involved in overseeing infrastructure investments. These changes will make infrastructure investments much more palatable to pension funds which currently have less than 1% of their capital invested in infrastructure.

Colombia's infrastructure projects go beyond just roads and bridges. Colombia is making much needed expansions to its ports and airports in order to make them more competitive in international exports. Colombia also seeks to create a dry canal that connects Colombia's Caribbean ports to the pacific via railway. The dry canal plan sounds great at first, but if completed it will be a very minor competitor to the Panama canal. However, Colombia's coastlines, which are more than 2 times the length of California's (see figure 1) remain an underutilized valuable resource. These expansions will also make Colombia a more popular destination for tourism. Planned port expansions are designed to make Colombia's Caribbean coast a popular stop for cruise ships. Colombia is currently not a major tourist destination for Americans largely because of a perception that it is dangerous, however recent developments have made Colombia a safe place to visit and I believe that in the coming years it will become increasingly popular.

Next week we will finish up our discussion of Colombia with a look at the government's victories over extremist groups and their unique strategy to make sure that peace remains permanent.