Vici Properties is a real estate investment trust specializing in casino properties, based in New York City. It was formed in 2017 as a spin-off from Caesars Entertainment Corporation. It owns 32 casinos, hotels, and racetracks and 4 golf courses throughout the United States. Vici Properties was formed as part of the Chapter 11 bankruptcy reorganization of Caesars Entertainment Operating Company , the largest division of Caesars Entertainment. After placing CEOC into bankruptcy in January 2015, Caesars proposed splitting CEOC into two companies: a REIT, which would own the company's casinos, and an operating company, which would manage them. The plan was designed to maximize value for CEOC's creditors by taking advantage of favorable tax treatment for REITs. Several members of Congress opposed the plan, calling it an abuse of the REIT laws. They asked the Internal Revenue Service to deny tax-free status to the spin-off, but their protest went unheeded. 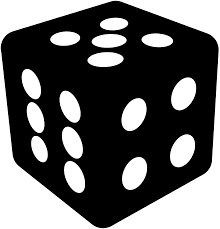 VICI Properties Inc. (NYSE: VICI) (VICI Properties or the Company) announced today that its board of directors has declared a regular quarterly cash dividend of $0.2875 per share of common stock for the period from April 1, 2019 to June 30, 2019. The dividend … read more...

Billionaires Love 50 Stocks And 31 Of Those Pay Dividends

James Brumley says in Kiplinger Investing : "Rich people often get perpetually richer for a reason, so it could be worthwhile to study what billionaires and high-asset hedge funds are plowing their long-term capital into." As any collection of stocks is more clearly understood when subj… read more...