Abiomed is a publicly-traded medical devices company that develops and manufactures the circulatory support device Impella, the world’s smallest heart pump. The company is headquartered in Danvers, Massachusetts and has three additional offices, two in Germany in the cities of Berlin and Aachen, and another in Tokyo, Japan. Michael R. Minogue is Chairman, CEO & President of the company, with Dr. Thorsten Siess as Chief Technology Officer, Dr. Chuck Simonton as Chief Medical Officer and Dr. David M. Weber as Chief Operating Officer. According to Bloomberg, the company "engages in the research, development, and sale of medical devices to assist or replace the pumping function of the failing heart. It also provides continuum of care to heart failure patients". As of 2019, the company had secured five FDA approvals and 715 patents with 622 pending. For fiscal year 2019, Abiomed reported $769.4 million in revenue and reported diluted earnings per share was $5.61 for the year. Abiomed was founded in Danvers, Massachusetts by David M. Lederman in 1981 as Applied Biomedical Corporation. That year, the company commenced the development of an artificial heart. Funded by federal research grants, Lederman partnered with The Texas Heart Institute to develop the AbioCor, a grapefruit-sized electromagnetic device with an internal battery that completely replaces the heart without wires or tubes passing through the skin. In July 2001, AbioCor became the first artificial heart successfully implanted in a patient, where it pumped more than 20 million times. Fourteen of the AbioCor devices were implanted, during clinical trials from 2001 to 2004, with the longest-living recipient surviving 512 days. The AbioCor won FDA approval in 2006 for patients who are near death and do not qualify for a heart transplant. 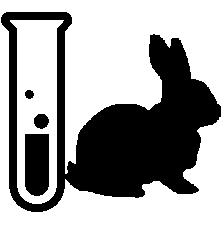