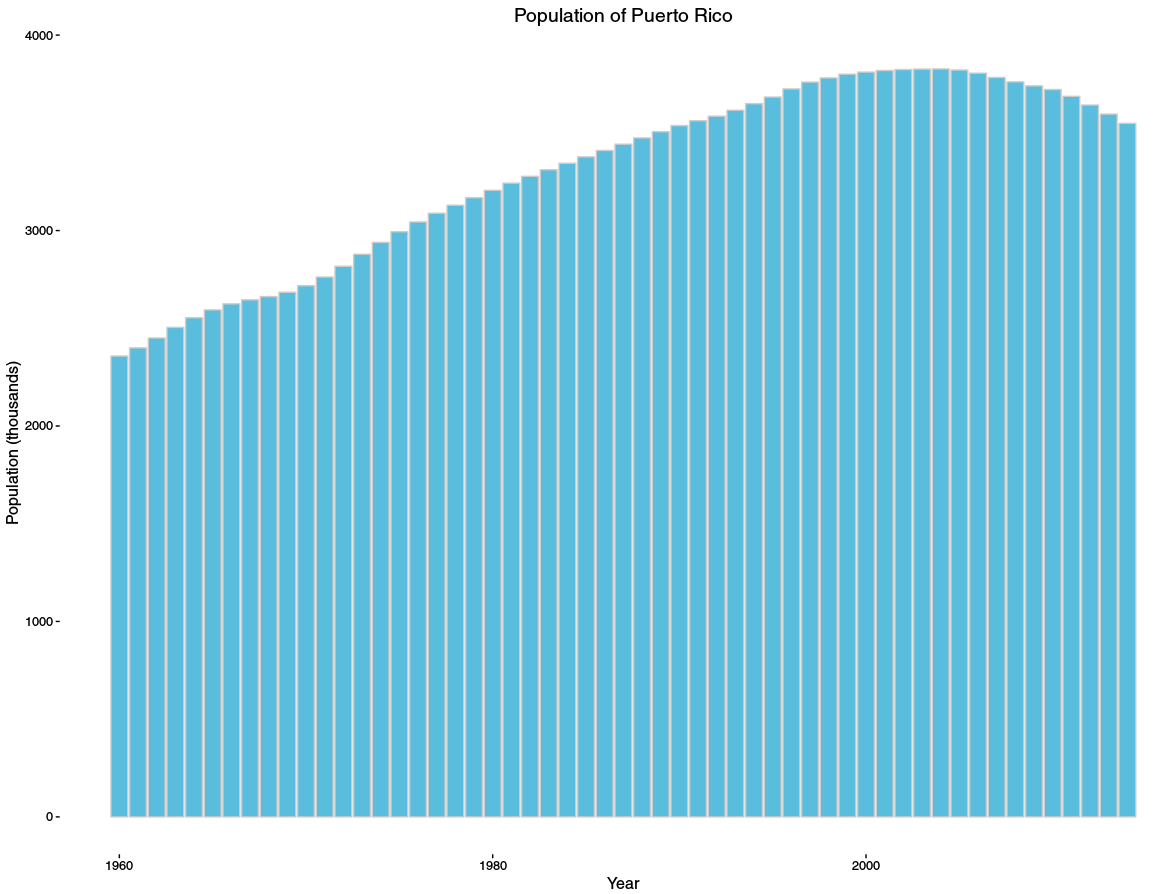 Last night Puerto Rico's governor, Alejandro Garcia Padilla, announced that Puerto Rico will default on $389 million of a $422 million payment due by the Government Development Bank (GDB) today. This will not be Puerto Rico's first default, but it is more significant because the GDB is central to economic development and liquidity on the island. Puerto Rico has accumulated about $71 billion in debt and also has unfunded pension liabilities of about $44 billion. Puerto Rico has struggled with a declining population and weak economic growth, in the next two weeks I will look at some of the reasons for this crisis.

Because of easy access to capital, the Puerto Rican government, instead of balancing their budget, continued to borrow more debt to fund increased government spending. This did not seem to concern investors as long as Puerto Rican debt remained investment grade, even though it was clear to most sophisticated investors that this was unsustainable. In February of 2014, S&P downgraded Puerto Rican debt from BBB- to BB+, which is significant because that is the cutoff between investment-grade and junk. Moody's and Fitch followed with downgrades to junk status shortly after citing liquidity concerns and a lack of economic growth. These downgrades led to acceleration clauses which required that Puerto Rico repay certain debts on a faster schedule than originally anticipated.

Puerto Rico lags other Caribbean nations in tourism and this slowdown has increased since the debt crisis. One might think that Puerto Rico would have an advantage in tourism because U.S. citizens do not need a passport to visit, but there are other factors at play. Puerto Rico is required to pay the U.S. minimum wage, but its competitors in the Caribbean are not. This makes it more cost-effective to open tourist destinations in other neighboring countries. Regulations also prohibit split-shifts, which is important in the hospitality industry because workers are often only needed for a few hours at a time. Labor laws also require Christmas bonus pay and numerous labor laws are also cited by hoteliers as reasons why they invested elsewhere.

&nbspUnlike many Caribbean nations, Puerto Rico does not rely on agriculture and tourism. Instead, because of interesting tax incentives, Puerto Rico became an economy based on manufacturing. Next week we will look at how this has shaped the Puerto Rican economy and how it fueled the current crisis.