This shows the various types of yield curves. These are all just examples made from fictitious numbers.
× 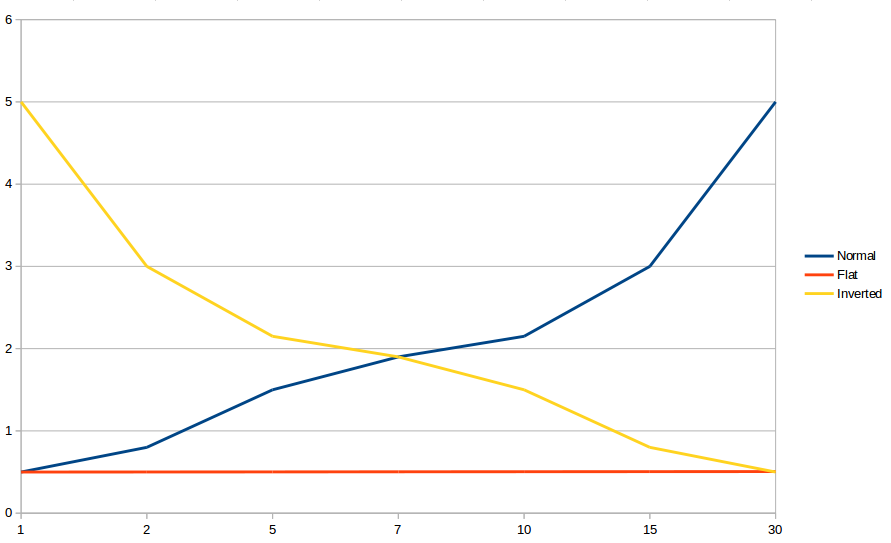 This chart shows how falling interest rates have had a major impact on the net interest margin of Wells Fargo.
× 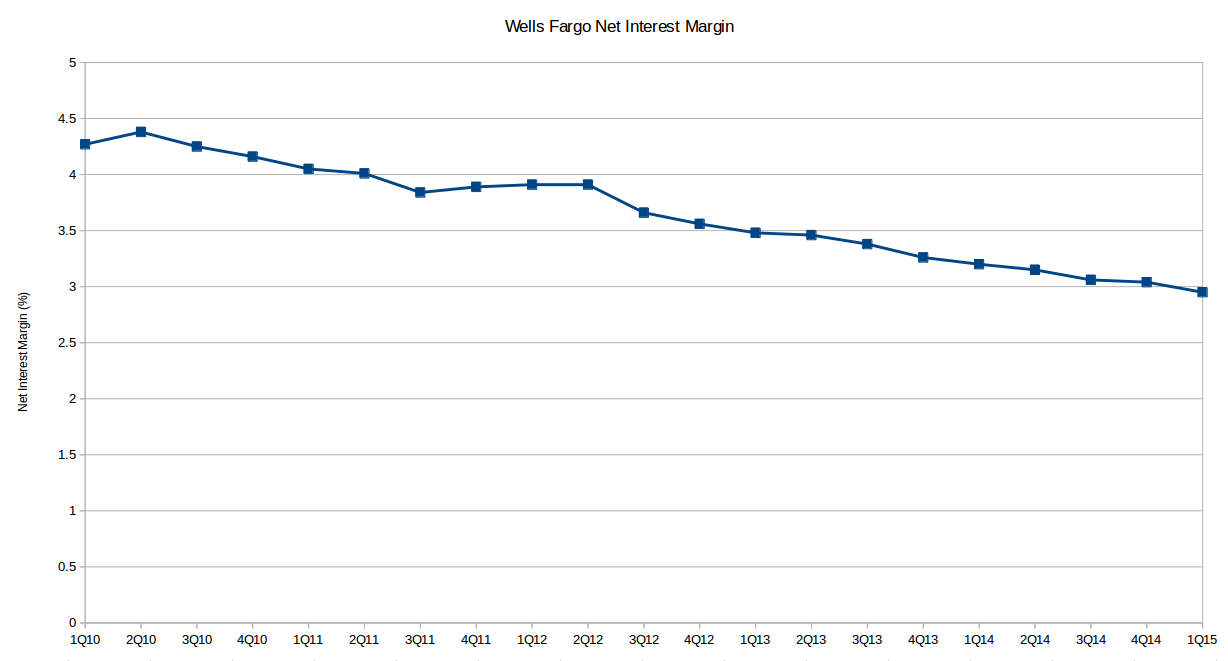 The traditional way that banks make money is to borrow money short term and make long term loans and investments. When banks make money this way, it is measured against their income earning assets and is referred to as their net interest margin. Net interest margin is the difference between interest income generated by the bank and the interest paid on the borrowed funds divided by the average value of the income earning assets.

But let's consider an environment where short term rates go below zero. Let's say the bank can borrow at -1% and lend at 4%. At this point net interest margin, according to the traditional definition should begin to rise. This is because although the spread is the same, the mix of income changes. In this scenario, income is gained both from lending and from borrowing because the bank is being paid to borrow. In the equation for net interest margin that I gave before, the spread is divided by the average value of income earning assets, but in this case the liabilities also earn income (I apologize if your head is spinning, mine is too). You may think this is just a technicality in the definition; to fix this you could simply include income earning liabilities in the divisor as well.

Now to see why rates shouldn't stay negative for long let's look at a situation where the bank can borrow at negative rates and is also willing to make a loan at a negative rate. In this situation it would be rational for the borrow to take out the largest amount possible, because even if they just stuff the cash in a mattress they can still generate a profit. Of course, this also depends on the rate of inflation and if this situation arises inflation should also appear shortly. However, the risk of default for the business will always remain zero if all their liabilities are denominated in negative rate loans.

My conclusion is that rates can go negative for sustained periods of time, but only slightly and only as long as borrowing increases. As rates go negative and lending increases non-bank borrowers who can get access to negative rates will borrow, which will increase the money supply in the real economy and should lead to inflation. The market will anticipate that increase and interest rates will rise like we saw in the last couple weeks. Therefore, central banks can continue with negative rates as long as inflation remains contained. However, the last people to benefit from this situation would be consumers and small businesses who need money the most, because they will be the last to receive negative rates and if they do inflation would come very soon thereafter.

This shows the various types of yield curves. These are all just examples made from fictitious numbers.

This chart shows how falling interest rates have had a major impact on the net interest margin of Wells Fargo.