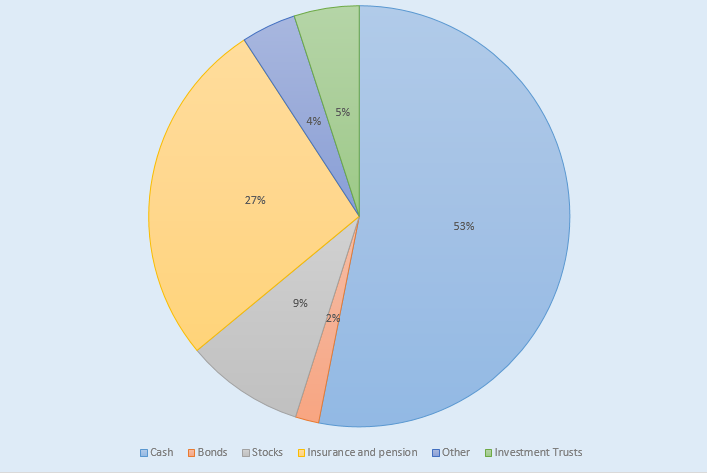 This chart shows how much yen one US dollar will buy.
× 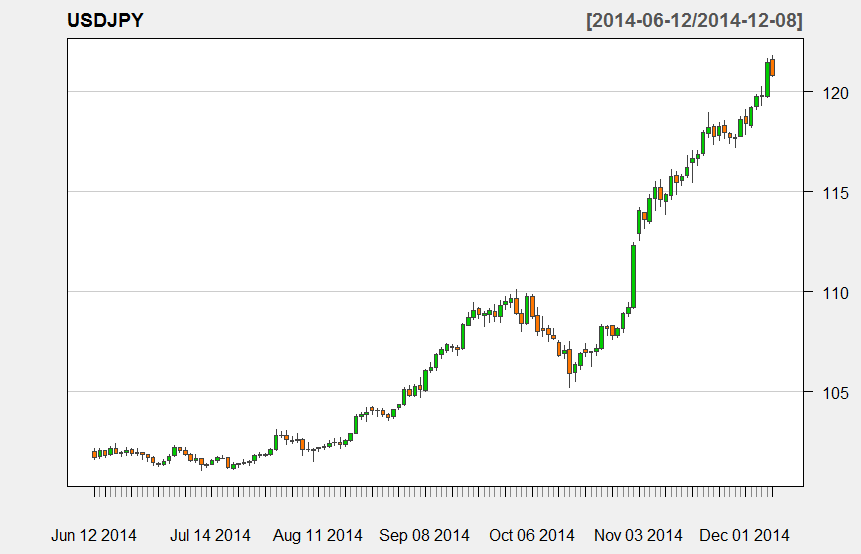 
This week I wanted to write about the Japanese yen. I first wrote about Japan back in the spring of 2013, you can read about that here. Since this newsletter the yen has continued to weaken relative to the dollar (and most other currencies). Recently Japan expanded its already aggressive policy of quantitative easing and extended planned tax increases. This seems like desperation on the part of Abenomics, which up until this point has been an abysmal failure. Although, the Nikkei is near multi-year highs, the Japanese economy just entered into another recession.

You may be wondering how stocks could hit a record high when the country has entered its second recession in two years. There are quite a few factors at work here. The Bank of Japan (BOJ) has manipulated the Japanese stock market. The BOJ has been purchasing exchange traded funds (ETFs) at an ever increasing pace.

The BOJ is forcing stocks higher because when they buy ETFs, the ETF in turn buys an equal amount of stocks in the proportions of the weighting of the index that it tracks. An interesting peculiarity of this has been an enormous wealth transfer from the Japanese to clothing billionaire Tadashi Yanai. The Nikkei is a price-weighted index which means that it gives a heavier weighting to stocks with a higher price. This means that the high-priced stock of Fast Retailing Co., of which Yanai is the largest shareholder, receives a disproportionately large benefit from BOJ ETF purchases. The practice of purchasing ETFs has been great for Yanai, but has been less helpful for the average Japanese citizen.

The Japanese are less invested in the stock market compared to other developed countries. About 55% of Japanese household assets are in cash. The chart on the right shows the asset allocation of Japanese households. Lower income households will not see the benefits of asset price inflation, however they are noticing the impact of other types of inflation. As the value of the yen deteriorates, the price of goods and services are increasing in Japan. In addition to having to pay more for goods and services, low income households were disproportionately impacted by the increase in consumption taxes (sales taxes) because a larger portion of their income goes towards consumption.

While purchasing ETFs can help inflate stock prices by increasing demand for stocks, it does little to benefit the economy. However, increasing consumption taxes will certainly have a negative effect on the real economy. If taxes are higher, goods and services will cost more and households will spend less on them, it is really that simple. Before the sales tax increase, spending increased as households moved purchases forward, but as soon as the tax increase went into effect, Japan fell into a deep recession. This shouldn’t have come as a big surprise because the exact same thing happened in 1997 when the Ryutaro Hashimoto government raised the consumption tax and Japan fell into a recession shortly thereafter.

The Japanese government has the highest debt-to-GDP ratio in the world, extremely unfavorable age demographics, and a struggling economy. While I don’t think there is a good solution to Japan’s problems, the current policy known as Abenomics has clearly been a disaster. It benefits the wealthy and hurts the quality of life for the average Japanese person. While it may have been a good policy when Japan was an emerging market, it makes very little sense now. It is clear to most that Japan is trying to inflate away its massive debt burden, but if investors begin to lose faith in Japan its borrowing costs could increase and even a small increase in rates would be enough to bankrupt the entire nation. While Japan still enjoys a strong credit rating, it was recently downgraded by Moody’s to a level lower than China and South Korea. Japan has a strong culture and produces many brilliant engineers, scientists and artists, but financial problems from the past will continue to plague them until they default or experience a lot more inflation.

This chart shows how much yen one US dollar will buy.