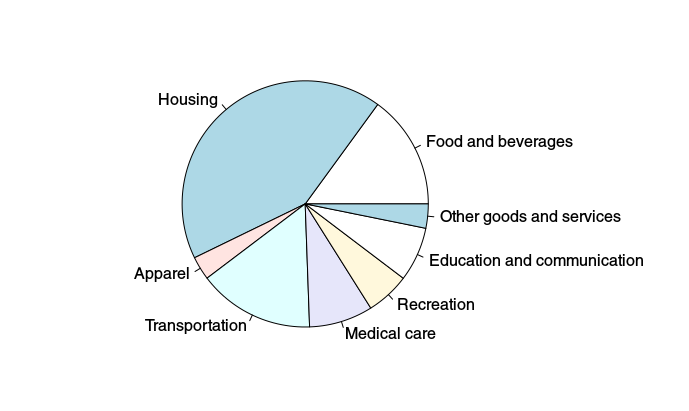 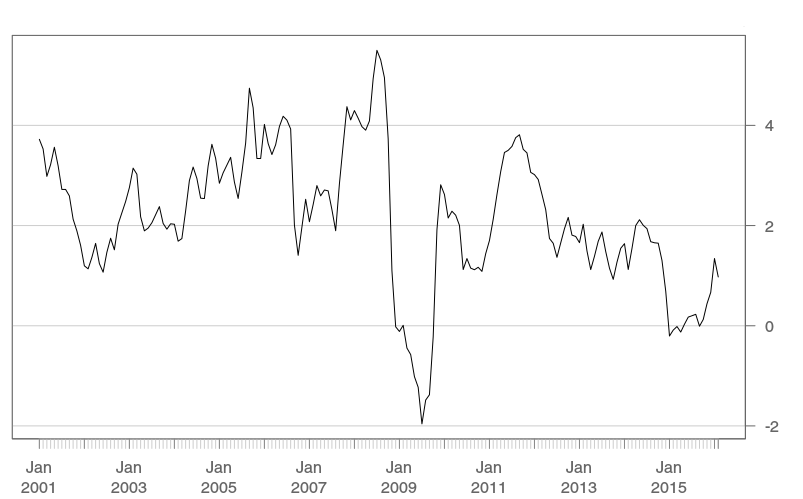 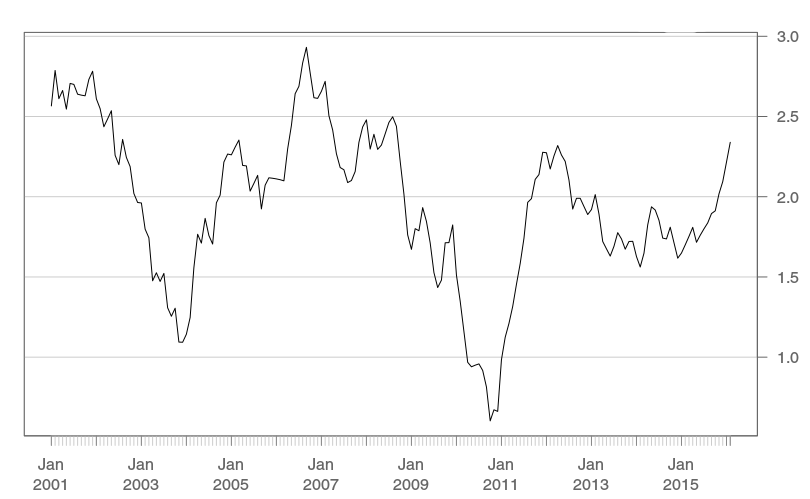 Is Inflation Good or Bad?

If you ask the average economist to tell you if inflation is good or bad in simple terms they will probably say something like this: “A little is good, a lot is bad and deflation is terrible.” If you ask the average person whether inflation is good or bad they will probably tell you that it is bad, especially if they are more than 50 years old. The fed would like to keep inflation at about 2%, but what exactly does that mean? This week I want to take a look at the consumer price index and discuss the pros and cons of inflation.

The Consumer Price Index (CPI) is a weighted measurement of the prices of consumer goods and services. Figure 1 shows the goods and services that make up the CPI calculation. These categories were determined by the consumer expenditure survey conducted by the census department. This survey involves field economists going to grocery stores and other retail locations to look at prices. The weights are reflective of how much they contribute to the average consumer's total spending. The BLS provides an even more detailed breakdown of all the CPI components here.

With few exceptions CPI is rarely negative, which means the index is continually increasing. The index number itself is not very intuitive because it describes how much prices have increased since 1984, with 1984 as the base year of 100. So a reading of 237 means that prices have increased 137% since 1984. Normally, you will see the inflation rate which can be calculated as such:


Figure 2 shows the 12-month inflation rate or the year-over-year percent change in the CPI index. Food and energy prices can be very volatile so many economists prefer to focus on core-CPI which excludes these measures. Figure 3 shows the year-over-year percent change in core-CPI. As you can see from figure 3, core-CPI has been creeping higher putting pressure on the fed to raise interest rates.

As you have probably noticed oil and gas prices have fallen pretty dramatically. In just the last few years oil prices have fallen over 50 percent. This is deflationary because not only are energy costs lower but so are food prices because energy plays a huge role in the production and transportation of food. Lower food and energy prices are unambiguously good for consumers, which is why it is incorrect to assume that deflation is always bad. Oil prices fell for a number of reasons, but the biggest reason was because of technological innovation. Over the last 20 years computers have become much faster, smaller and because of innovations in production it has become cheaper to own them. Who would think that is a bad thing?

Deflation is not always unambiguously good. In fact, the scariest times in U.S. economic history are often periods of deflation. Looking at figure 1 you can see the enormous drop in the 12-month inflation rate during the previous financial crisis. This was caused by a sudden drop in demand, which is almost universally bad. Demand fell because there was a sudden contraction in lending after the housing bubble burst. When lending dried up home prices fell and since home prices make up a significant portion of CPI it makes sense that CPI would also fall. Generally when an industry as large as housing suffers a slowdown in demand, many other industries will be impacted. Deflation tends to happen quickly and in a chain reaction of one industry impacting another and so on. This type of spiral is what the fed has tried to prevent since the previous crisis by taking unprecedented steps to increase the money supply. Former fed Chair Ben Bernanke was a student of the great depression and he did not want to repeat the same mistakes.

The job of fed chair must be difficult because you are judged on a regular basis on the short term impacts of monetary policy when your goal is to focus on the long term impacts. As fed chair you want to keep inflation low and steady over the long term, but there are numerous factors that are outside of your control. For instance, you need to know if the drop in oil prices is part of a broader slowdown in demand or technological innovation. You also need to know if the drop in lending to the oil sector and the resulting bankruptcies will bleed into other industries. You need to worry about banks overextending credit, but what if they're only overextending credit to one industry and under-investing in another? Do you raise rates and risk a deflationary spiral or do you do nothing and risk a deleveraging cycle when bad loans start piling up? It is impossible to perfectly administer monetary policy, making fed chair an impossible job.