Does not include State Taxes. Source: OECD
× 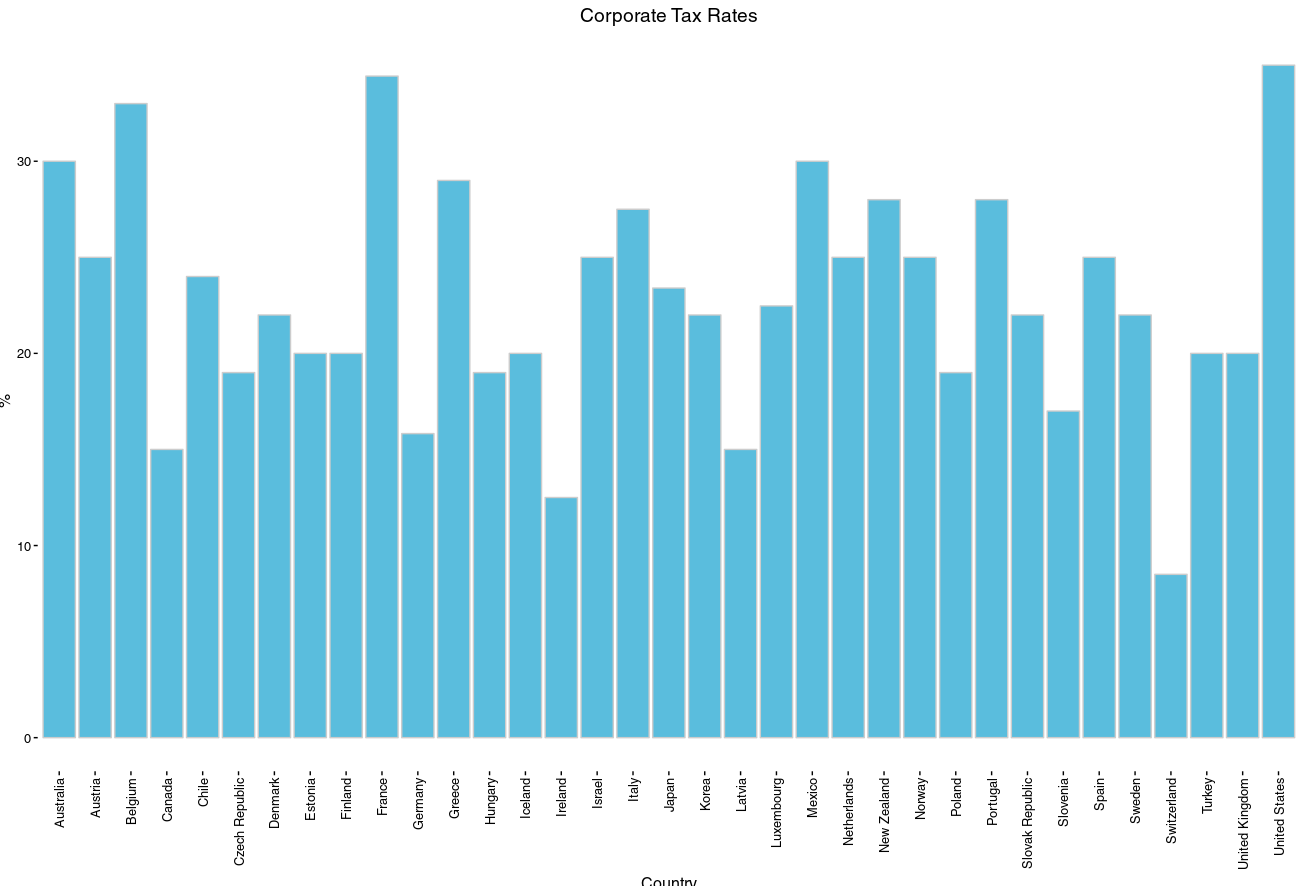 Corporate Taxes Under Trump (Part I)

Just before the election I wrote that I would be surprised if Donald Trump were to win the election. Well, I was surprised. I wrote about some concerns that I had with respect to Trump’s trade policy and how they might affect the global economy, but I didn’t focus much on tax policy. This week I want to look at how changes to U.S. tax policy could have global ramifications.

The intent of these policies is to bring un-taxed corporate profits from abroad back into the U.S. A repatriation tax holiday is not a new concept. In 2004, Congress passed a tax holiday that brought back profits earned abroad and taxed them at 5 percent instead of 35 percent. This policy did not work as intended for several reasons. The primary reason for the cut was to bring jobs back to the United States. The theory was that if that money were back in the United States, then those corporations would use it to invest in jobs domestically rather than abroad.

According to a 2011 report by the Senate subcommittee, the 15 companies that benefited the most from the holiday went on to cut over 20,000 U.S. jobs between 2004 and 2007. Of course this probably would have happened anyway and it’s possible that more jobs would have been cut otherwise, but this was clearly not what was expected by Congress. What also may have surprised many in Congress was that those same companies began increasing their use of tax havens in anticipation of another tax holiday. Corporations will respond to incentives and a 30 percent off sale is a pretty good incentive. The tax holiday is almost exclusively targeted at large multinationals and doesn’t affect smaller U.S. corporations which are much more likely to affect employment.

One major difference between Trump’s proposal and the 2004 policy is that it is coupled with a corporate tax cut. Therefore the one-time holiday is only a 5 percent difference instead of 30 percent. The benefit of keeping cash overseas is greatly reduced if the U.S. corporate tax rate is competitive (Ireland would only be 2.5 percent less). Businesses will also consider intangible benefits to keeping that money in the relative stability of the United States. The large multinationals that are impacted by repatriation would most likely want to avoid the politics of hoarding money abroad, especially as the EU is beginning to crack down on Ireland and Congress has forced CEOs to testify (be scolded) in front of special committees.

In the event of another tax holiday there will almost certainly be a strong increase in the value of the dollar. This occurred in 2004 and would likely be more dramatic this time. Corporations would convert foreign assets to dollars (although much of it is already in dollars). This transfer would also help close the current account deficit. This could put pressure on a number of foreign currencies as well as U.S. exports. Next week we will take a look at how other countries have benefited from higher corporate tax rates in the U.S. and who would be most impacted if that were to change.

Does not include State Taxes. Source: OECD