This chart shows the value of Russian rubles relative to Swiss francs.
× 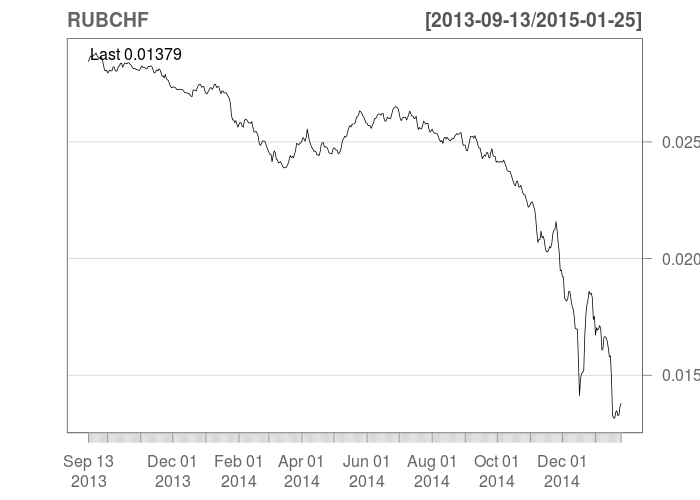 The capital of the ECB comes from the national central banks (NCBs). The NCBs’ shares are calculated based on each country’s share in the total population and GDP. Source: ECB
× 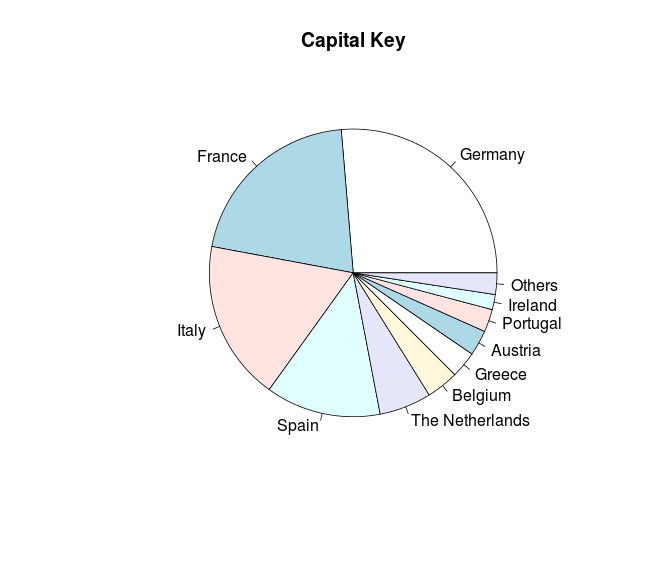 This chart shows PPP economic growth rates for the world as a whole. Source: Wikipedia
× 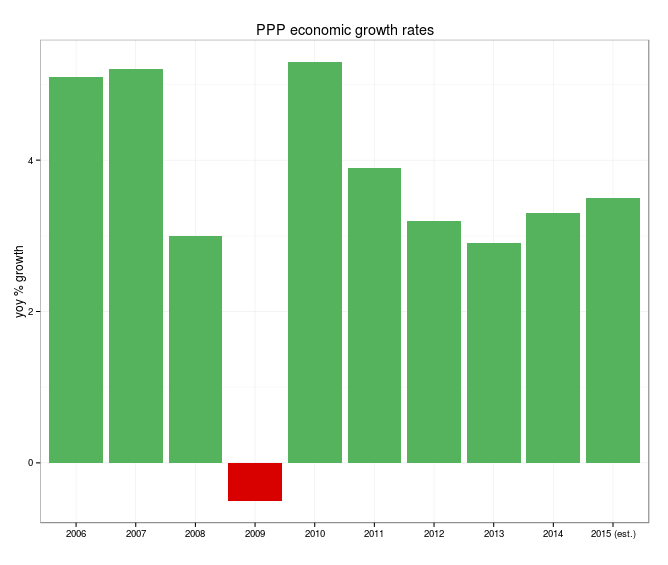 The last couple weeks has been a whirlwind of central banker activity. First the SNB (Swiss National Bank) removed the cap on the Swiss franc and cut rates. A week later the ECB (European Central Bank) announced plans to start quantitative easing in Europe beginning in March. The proposed quantitative easing will involve purchasing over a trillion euros of European government bonds over about a year and a half. The RBI (Reserve Bank of India) and the BoC (Bank of Canada) both cut interest rates unexpectedly as well. Changes in monetary policy affect stocks, bonds, currencies and just about every financial asset; let's look at some of those effects.

The Swiss franc (CHF) had been pegged to 1.20 EUR/CHF, after the peg was removed the franc surged in value over 30% before stabilizing around 1 EUR/CHF. The move was so sudden that many forex brokers were unable to execute their client's stop-loss orders and as a result those clients ended up with negative balances in their account. The overwhelming number of negative balances caused many forex brokers to fail including the largest retail brokerage in the United States and Asia, FXCM. The surging franc also creates problems for anyone who took out a loan in Swiss francs and is repaying the loan with their domestic currency.

It was not uncommon for borrowers in the Balkans, Eastern Europe and Russia to take out mortgages in Swiss francs and repay them with their domestic currencies. To illustrate why this is a big problem have a look at the chart on the right that shows the exchange rate between Russian rubles and Swiss francs. Imagine if you were one of the unlucky people in Russia who took out a mortgage in Swiss francs back in 2013. You're still paying the same fixed amount of Swiss francs per month, but now it costs you twice as many rubles to do so. This may seem like a strange setup for a mortgage but it wasn't terribly uncommon in places like Russia, Poland, Croatia, Hungary and many others. At the time, lower rates and better terms for these loans enticed many borrowers seeking out a better deal.

Just as the fed in the United States ended it's quantitative easing program, the ECB is now picking up where the fed left off. However, unlike the United States, European governments issue debt independently from one-another. Therefore, the ECB will buy government bonds from EU countries based somewhat on the capital key shown on the right. Too make things even more complicated the ECB has placed a limit of 33% on purchases of any country's bonds. Therefore, Greece will be ineligible to participate until July. There are still a lot of messy details to work out and Greece's future in the EU is not entirely clear.

India, Canda and a Global Slowdown

Although the announcement was overshadowed by the SNB decision around the same time, the RBI unexpectedly cut rates by a small amount because of concerns over slowing global growth. Although the size of the change was not significant the signal that it sends to the market is. It is signaling that future rate cuts may be in the works, which will most likely lead to a weaker Indian rupee.

The Bank of Canada also cut rates citing falling oil prices as part of its decision. However, this could also exacerbate Canada's already inflated housing bubble as lower interest rates could spur even more speculation.

The one theme that all these central bank actions have in common is deflation/disinflation. Global growth has been fairly steady in the last few years, but the drop in oil is suggesting that global GDP growth could be slowing. Negative interest rates are popping up in bonds and even in some bank accounts in Europe, which is to say that you have to pay them interest to take your money. These negative rates are occurring in places like Switzerland where the currency is expected to appreciate in value, so even though you may lose money in Swiss franc terms, those francs will be worth more. Negative rates are still a relatively new phenomenon; it will be interesting to see how long that can last.

Next week I'll continue this discussion of currencies and focus more on how changing currencies can affect investments abroad.

This chart shows the value of Russian rubles relative to Swiss francs.

The capital of the ECB comes from the national central banks (NCBs). The NCBs’ shares are calculated based on each country’s share in the total population and GDP. Source: ECB

This chart shows PPP economic growth rates for the world as a whole. Source: Wikipedia