This chart shows the capital structure of Banco Espírito Santo. It doesn't include the percentages owned, because they were changing quite a bit near the end.
× 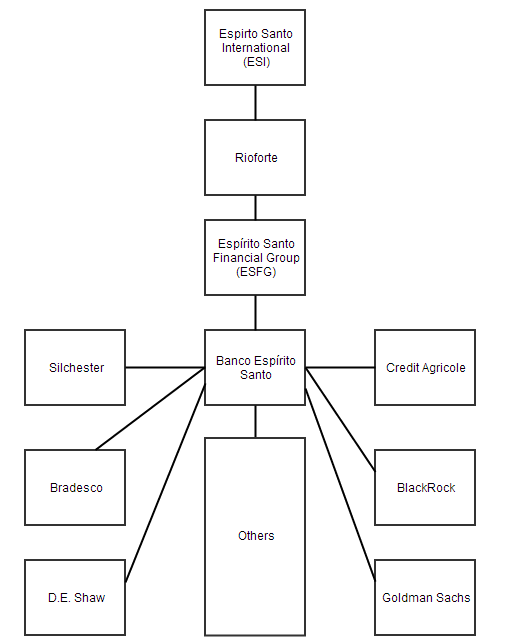 Portuguese soccer player Cristiano Ronaldo has been a sponsor of the bank since 2003.
× 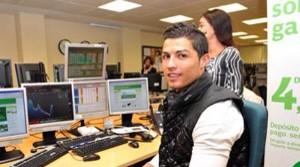 BES doesn't appear to be a very good investment over any time period in recent history.
×

Last week major indices began to fall as geo-political concerns, worries about European banks, and a default in Argentina all weighed on investors. In addition to all the news events, last week included an FOMC announcement, the first look at 2nd quarter GDP numbers, a jobs number and tons of other macro data points. I find it unlikely that any one event was responsible for last week’s change in direction, but if you were looking for an excuse to sell last week there were plenty of opportunities. It has been over 2 years since the last 10% correction in the S&P 500 and historically they happen every 1-2 years on average. The Argentina default was anticipated by the market and probably wasn't a big factor in the pullback. However, the impending failure of the Portuguese bank, Banco Espírito Santo, is probably worrying investors over possible contagion in European banks. This week I want to just give you a brief history of the failing Banco Espírito Santo and how it could be a bigger deal than many realize.

Banco Espírito Santo is a Portuguese bank founded in 1920. Before the founding of Banco Espírito Santo, José Maria do Espírito Santo e Silva created a number of banks and securities companies in the late 1800s which his heirs eventually combined to form a Bank. In the 1970s, the Espirto Santo family was exiled and the bank was nationalized after a failed coup backed partially by the family. In exile they created a vast organization of companies across the globe including Espírito Santo Financial Group (ESFG) and Espírito Santo International (ESI). They expanded into London, Paris, Madrid, the Caribbean and more. After the election of free market oriented Anibal Cavaco Silva in 1985, Portugal began reprivatizing government acquisitions from the 70s. The Espírito Santo family returned to Portugal to begin rebuilding their banking empire in the country, and by 1991-1992, with the help of French bank, Credit Agricole, they were able to regain control of their former bank. Another holding company, Rioforte, was established in 2009 with a focus on expansion into South America.

By 2012, it became apparent to some that something was very wrong with the conglomerate. A report by the auditor, KPMG, revealed that 87% of an investment fund for the clients of ESI was invested in ESI commercial paper (commercial paper is a short term debt that is used to fund short term liabilities and accounts receivable). KPMG also warned that since there was no market price for the paper the value was calculated by ESI itself. Although this practice was not illegal at the time, it was certainly frowned upon and should have been a huge red flag. It wasn't until the end of 2013 that Portuguese regulators imposed a 20% limit of a fund’s investment of client money into the debt of their owners.
In May of 2014, the Bank of Portugal (Portugal’s central bank) released the results of an audit that questioned the financial stability of Banco Espirito Santo. The special audit revealed that ESI had left out debts, inflated the value of assets and did not maintain adequate records. A month later in June, the CEO stepped down and by the end of June Luxembourg regulators launched a probe into the ESFG.
On July 18th Espirito Santo International which was at the top of the chain of holding companies was the first to seek creditor protection. Shortly thereafter Rioforte followed suit on July 22nd. On July 24, ESFG announced that it was unable to meet its commercial paper obligations and was also seeking creditor protection. This is where things get interesting, as you can see from the organization chart on the right, ESFG owns about 25% of Banco Espírito Santo along with the French bank Credit Agricole, U.S. investment manager Blackrock and many others. At this point some thought that there was still a chance for Banco Espírito Santo to survive, on July 24th U.S. investment bank Goldman Sachs and hedge fund D.E. Shaw purchased a 2.27% and 2.7% stake respectively.
&nbspDespite the vote of confidence from Goldman Sachs, after Banco Espírito Santo reported a greater than expected loss of 3.6 billion Euros, it lost access to Eurosystem liquidity. This sealed the fate of Banco Espirito Santo and the stock was last halted at 0.12. Just before trading was halted Goldman was able to reduce its position in the company and salvage some of its investment. At this point the market turned to the Government of Portugal to look for a bailout and this weekend they got it. So once again the taxpayers of a European country will help bail out hedge funds and others who wanted to speculate on distressed debt in a country with >30% youth unemployment. In fact, Portugal will be using half of its own remaining bailout money that it received from Europe and the IMF. The new bank will be known as Banco Novo, thus ending the legacy of one of Europe’s old money financial dynasties.
&nbspBanco Espírito Santo was Portugal’s second largest bank and made up a relatively small part of the European banking system. However, the European Central Bank (ECB) is currently conducting an asset quality review of the European banking system, and some suspect (myself included) that it will reveal additional risks in European banks. So far however, the fallout from Banco Espírito Santo seems limited.

This chart shows the capital structure of Banco Espírito Santo. It doesn't include the percentages owned, because they were changing quite a bit near the end.

Portuguese soccer player Cristiano Ronaldo has been a sponsor of the bank since 2003.

BES doesn't appear to be a very good investment over any time period in recent history.