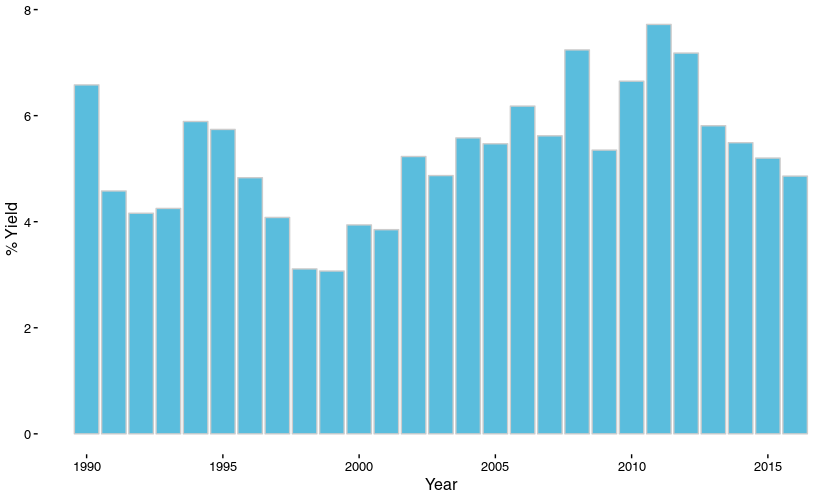 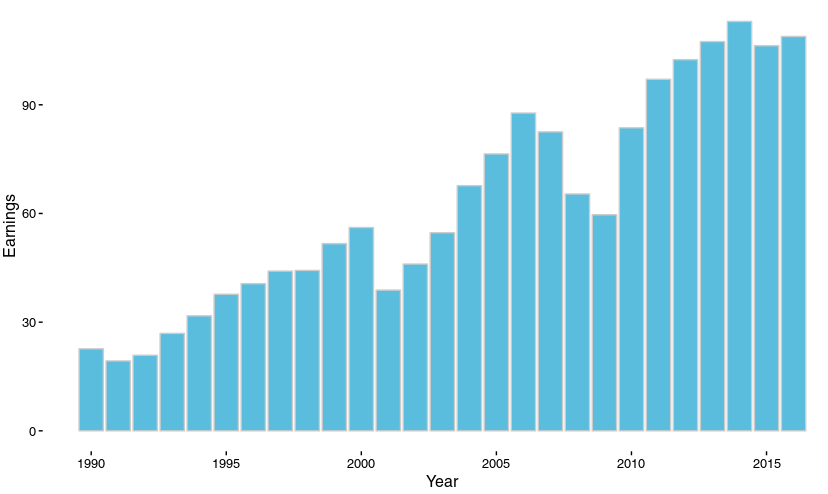 Recently there has been a lot of discussion of potential overvaluation by market professionals. Last week, Goldman Sachs’ chief equity strategist put out a note where he wrote that, “We are approaching the point of maximum optimism, and the S&P 500 will give back recent gains as investors embrace the reality that tax reform is likely to provide a smaller, later tailwind to corporate earnings than originally expected.” I am sympathetic to this idea, but I’m also smart enough to know that the market can ignore overvaluation for a long time and there is absolutely no reason why this would have to correct right now. However, I think it is important to look at measures of valuation for medium and long term planning. If the market is overvalued you may miss some of the best returns that can happen near the end of the business cycle, but nobody wants to get caught dancing when the music stops. This week I want to take a look at some measures of valuation that can help determine whether stocks are worth the risk versus some other asset class.

Instead of putting your money into stocks, it may be safer to look at government bonds. Figure 3 compares the earnings yield to the yield on a ten-year U.S. treasury bond. The long term trend on the 10-year yield has been pretty clear, but the fed already cut rates as low as they can and have started raising interest rates. The difference between the treasury yield and the yield on stocks has narrowed, but the yield from stocks is still higher, unlike in say...1999. But it doesn’t really matter what earnings were in the past or what the ten-year was previously, we want to know what they will be in the future. The following is a list of questions that need to be answered before we can get more clarity:


Next week we will discuss each of these topics and try to determine whether we think stocks are overvalued going forward.

Are we Overvalued? Part II